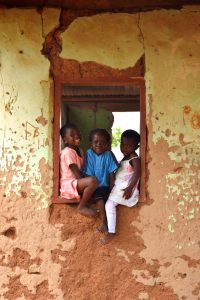 After three months living in Ghana (June-August 2016), where two founders of this project took part in both the management and administration of the local NGO “Dream Africa Care Foundation” as well as in the different educational projects in Accra and two other regions along the national land, we realized that there is a huge difference in terms of opportunities given in the their and our side and the inequalities some groups of the society, mainly women and children, suffer every day.

Once we were back to Spain and thinking about the most efficient ways to keep on helping in Ghana, we came to the conclusion that establishing a non-profit association with solid foundations and clear ideas would be the best solution.

Many NGOs we found in the area provided the feeling of being settled in there just to take advantage of the difficult situation of the most underprivileged groups, especially those with the greatest volume of population and economic capacity. It is not our purpose to promote a NGO model where the majority of the budget is aimed to the money and management itself and therefore the former will not reach the final beneficiary.

And that’s how TEAM4Ghana is born: an organization to count on the participation of many people from several environments and ways of thinking, to add experiences so synergies arise while a clear aim which guide us in the right direction. 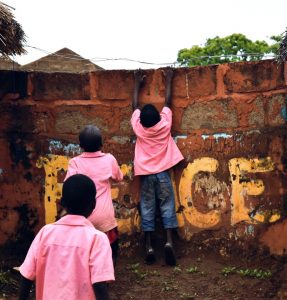 Carrying out an own idea makes it sure boosting concrete measures and projects and allocating almost the total of the money collected to try to reduce the barriers and obstacles that millions of people deal with in a daily basis.

That’s the reason why after two months full of preparations, during the Christmas season of 2016-2017 we made a second trip to Ghana being focused on the region we considered as the hardest-hit when we visited the country for the first time, Builsa.

We have gathered all the necessary information to conduct a first analysis and make real all the suggestions proposed by the neighbors, area managers, small organizations with local activity and all those people we were lucky to meet. Such a suggestions result in a positive impact in the region, starting with Luisa. Do you want to go deeper into our project?